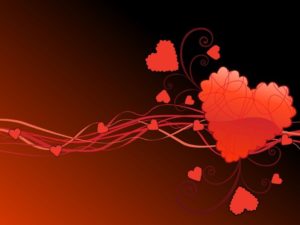 The word memoir comes from the French word memoria, meaning reminiscence. A memoir is a nonfiction, or factual, collection of memories an individual writes about that took place in his or her personal life. It is a subcategory of an autobiography but with a narrower focus.

So, if I wrote about my complete life up to this point, I’d write an autobiography. If I wrote about a man I despised shooting the man I loved and claiming it was self-defense, I’d be writing my memoir Angel Hero.

When you pick up a memoir, you deserve to know what genre you’re reading. You may think it’s a work of solid nonfiction, but you may be wrong. You may be sipping teaspoons of fiction, or even gulping down cups of them.

Gross deceptions, like those James Frey was guilty of when he lied about his novel A Million Little Pieces, give memoir a bad name. Being deceived this way leaves a foul taste in the mouths of readers who think they’re reading a true story. When one memoir veers off the track, all memoirs may appear suspect.

But most memoirs are not fabricated. Readers don’t have to be fooled as long as authors follow these guidelines:

Memoirs that are totally true should be labeled Nonfiction Memoirs. In these books, a man doesn’t brag about being in jail for three years if he was only behind bars for three hours. A woman doesn’t claim to own a diamond necklace if she does not. Memory isn’t infallible, but ethical writers try hard to recall their experiences and write them down as accurately as possible. Nothing in the nonfiction memoir should be made up.

A different label is needed for writers who depart from what really happened. Perhaps the writer has invented dialogue, or combined two or three characters into one, or changed the location of an important meeting, or created a new event. Such work, to borrow a phrase from the movies, should be labeled Based on a True Story.