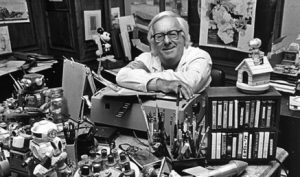 What did I want more than anything else in the world? To love a Prince Charming who also loved me. What did I have to armor up against, and go to battle with, in order to find love? My squelched voice, which became even more stifled when a killer searched for me after murdering my would-be Prince Charming, and fear wrapped its tendrils around me.

Fear, strangling me, terrifying me out of telling the truth. That devil fear whispered, “Telling the truth could cost you your life. And what good would it do anyway? You can’t bring a dead man back to life.”

But dead or not, I had to tell the truth and shame the devil before I was given to understand that devils are liars. Writers can bring dead mean back, because they get to live life a second time when writers preserve them on paper. “We write to taste life twice, in the moment and in retrospect,” wrote author Anais Nin.

Bradbury said, “Give your character his running orders. Shoot him off. Then follow as fast as you can go. The character, in his great love or hate will rush you through to the end of the story.”

Unlike Bradbury, I relied on experience rather than my imagination to give me my running orders in Angel Hero. “Want to know love?” Life asked. “Learn to speak up for yourself. Take risks. Say no to ogres who try to shut you up, or victimize you. Say yes to fearless heroes.” Vic told me the same thing in different words: “Pussyfooting around ain’t no good way to live.”

I must have learned from Vic because I didn’t pussyfoot around when the moderator asked me what height of accomplishment I’d reached when Angel Hero was published. I rattled on for so long I ran out of time to answer the second question about Bradbury.

“One accomplishment was great personal satisfaction that I kept my 29-year-old promise to Vic,” I told the group. “I vowed to continue honing my skills until I could write the most compelling book possible, and get his story published or die trying.

“Another accomplishment is finding a way to let my voice be heard. Although in my day-to-day life I sometimes still have difficulty speaking up, within the pages of Angel Hero I let my words flow, telling the truth about what happened so long ago.

“The events described in Angel Hero really happened. When Mighty Quill Press published the book in April, 2014, I disguised it as an inspired-by-a-true story novel.

“Next month, in October, I am giving my book a facelift with a new cover and an updated About the Book section, and removing the façade of fiction I constructed around the book. Angel Hero’s actual genre is that of memoir (fictionalized only in the sense that names were changed to protect the innocent.) A true crime memoir, but also a spiritual one, for the murdered man’s spirit visited me after death. My book describes the crime I survived and the love that still takes my breath away today.”