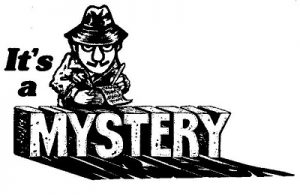 Before settling on the title Angel Hero, two titles I came up with were God Solves the Case, and Detective God. I didn’t choose either one because both sounded like a trivialization to me, sort of like taking The Creator’s name in vain, even though both titles were apropos of my experience.

God did solve the mystery for me even before I prayed for an answer. Seven months before, in fact. Which demonstrated the truth of Matthew 6:8 for me: “For your Father knoweth what things ye have need of before ye ask Him.”

I had to feel the fear all the way through and tell my truth anyway before the truth of what the argument was about was revealed to me. And it set me free, as was promised in John 8:32: “And ye shall know the truth, and the truth shall make you free.” The truth killed my fear of the gunman, and intensified my determination to get Vic’s story in print or die trying.

In his review of my memoir Angel Hero, Steve Morrill, author and director of writerscollege.com, wrote: “… In this gripping page-turner (I read it at one sitting) Lizbeth has honored Vic as she promised to do so very long ago.”

As I told my Sisters in Crime audience, “Keeping my promise to Vic is the accomplishment of which I am most proud. More than any man I’ve ever known, he deserves to have his story told.”

Thinking about it later, I realized I also wanted to leave my readers with a lantern in case they ever needed it during their darkest night. As author Jane Roberts wrote, “You are a portion of All That Is; therefore, the universe leans in your direction.” As Detective Jet told me, “God is good.”

As it states in Matthew 7:7: “…Seek, and ye shall find. Knock, and the door will be opened.” I am still awestruck recalling that, even before I knocked, The Creator knew I would and opened the door.

In Elton John’s lyrics to the song “Goodbye Norma Jean,” written in memory of Marilyn Monroe after her death by drug overdose, this line struck me as especially poignant: “And it seems to me you lived your life like a candle in the wind, never knowing who to cling to when the rain set in.”

My wish is that all people, especially those who, like me, are forced to face something truly terrifying, find comfort in knowing they never need to be afraid, not even when the rain sets in.