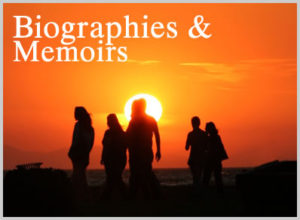 But, for the next two years, I ignored the palm reader’s warning. Ravenous to feel loved, I swallowed the bait dangling from two Casanovas’ hooks.

The first one, a businessman from Maine, took me to five-star restaurants in Waikiki and told me he’d dreamed about sweeping me up in my designer wedding dress and carrying me over the threshold of his penthouse condo. On a moonlit night we guzzled a bottle of Madeira, ran giggling to the beach, and danced barefoot in the sand. The next morning I woke up with a throbbing head and a note on my pillow in a fancy hotel room, “Thanks for the memories.” I worried about what I couldn’t remember, and swore off booze.

I met the second Adonis at a local bar where he played an acoustic guitar while the customers sang along. He saved his velvet voice for schmoozing me during breaks. “You sound a lot like Joni Mitchell, beautiful brown eyed lady,” he said. “My producer friend’s looking for new talent. What say I record you in my studio?” The stars in my dark eyes blinded me to the lust in his. In his studio, he recorded me and we kissed until another woman walked in. She screamed and cried and told him it was over, she wasn’t paying for his studio any longer. He soothed her with apologies and embraces, keeping her occupied while I fled. Feeling like a fool, I ran the entire two miles home, crying and promising myself I’d never hook up again with a man I barely knew.

I figured these sad affairs were telling me I needed to be more discerning. I hoped they were showing me what true love wasn’t so I’d know what it was when it finally came calling.

I steered clear of romantic entanglements until two years after the second Lothario, when I met my Hawaiian boyfriend, Billy. We shared philosophies over ham and cheese sandwiches at the Leeward Community College cafeteria. Mr. Right. At last! Lo and behold, Billy was faithful. I thanked God a hundred times over.

But, five years later, the flame of love had burned down to barely smoldering embers. I brought up the topic of us not talking much anymore one night after I’d cooked his favorite steak dinner, poi on the side.

“Billy, would now be a good time to talk?”

“Us. Remember how we used to talk about anything and everything?”

“‘Used to’ is history now. Like old Hawai’i when it was paradise.”

“Before the haoles ripped my people off.”

Though I understood Billy’s hatred of the Caucasian conquerors, his dismissal hurt. Unable to interest him in engaging with me again, my mantra became, “At least he’s faithful.”

Terrified of losing him lest I be forced to relive feelings of unloved loneliness from childhood, I withdrew, escaping into fantasies about a man who would cherish me and every pearl of wisdom falling from my lips. Was there a man who valued communication as much as I did? A soul mate who would crave my company?

My heart felt empty. I confided in Robin, my running buddy, a happily married psych major. She told me I needed to find the clarity to live my life. Otherwise, I’d keep reliving my history.

“Sounds like a good idea. So how do I get clear?”

“Start believing in yourself more.”

“Who doesn’t wish for self-esteem? But like my grandma used to say, “Spit in one hand, wish in the other, and see which one gets full the fastest.”

“I heard it a little differently. Anyway, maybe take an assertiveness training class. Do positive affirmations? Thing is, if you don’t speak up for yourself, no one will hear you.”

I thanked her and thought, She sounds like Aurora. What would Aurora think of me now? Here I’d ignored her advice, gotten involved with two faithless lovers, suffered heartache because of it, and lived with a boyfriend as uncommunicative as my dad. Would I ever meet Mr. Right?