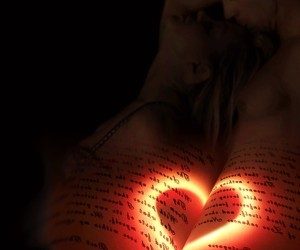 A few months after I despaired of resurrecting my connection with Billy, I transferred into a new job, gladly escaping from a run-down Army fire alarm room and a mean boss. By comparison, the Whaler Air Force Base’s pristine fire station, where dispatchers worked solo and the boss was supportive, felt like a refuge.

At Whaler Fire Department, after the 8-5ers drove home, I worked evening shifts solo. With the bosses away, the firemen and I enjoyed crackling conversations about love and life. In this exciting world, my self-confidence improved along with my dispatching chops. Compliments such as “Lizzy ain’t dizzy in the dispatch” from my hunky coworkers didn’t hurt my morale either.

When the grapevine buzzed about the Chief calling me his walking dictionary, the firemen’s interest in me mushroomed. The guys bribed me with unlimited coffee breaks and brought me chocolate-covered macadamia nuts in exchange for me tutoring them so they could pass the English classes required for their Fire Science degrees. Their attention warmed me, and their jokes and conversation took my mind off the strained atmosphere waiting for me at home.

I unpacked my tarnished dream that someday my prince would come, and polished it with hope for a happier tomorrow. On slow shifts, at twilight, I gazed through a picture window past the red airfield trucks at golden pink sunsets and daydreamed about honeymooning in Paris.

Sometimes, after midnight, I turned off the overheads, turned on my Walkman, and swayed to lyrics from Both Sides Now: “the dizzy, dancing way you feel when every fairy tale comes real, I’ve looked at love that way.” But the only dizziness I experienced stemmed from occasional bouts with vertigo, an unhappy residue from a childhood ear infection.

Of the forty-some firefighters working 24-hour shifts, one in particular attracted me. According to the grapevine, Italian Vic, a fun-loving, handsome weightlifter, was fearless during emergencies. Shy around women, he ran from the ones who chased him. What kind of woman did he run toward?

God help us. My voice shook as I dispatched the alarm and visualized the plane flying lopsided, unable to land because the engine had plummeted to the ground.

The assistant chief radioed in, “Control, did the engine actually fall off?”

“Yes…ye…yes,” I stuttered. “The tower operator…didn’t say…‘number two engine shutdown’ like he usually does. He said the…the engine was lost.”

Minutes later, the assistant chief announced, “Emergency terminated.” He chuckled. “By the way, the engine is still securely fastened to the plane.”

“Ten-four.” My cheeks felt hot as fire.  They’ll razz me for being a greenhorn.

Vic’s red Ramp 7 pickup was the first truck to screech back into the station. Still wearing his bulky silver fire-retardant overalls, Vic strode into the alarm room. “We looked along the runway.” He shrugged. “No engine anywhere. Where do you suppose it went?”

“Into the ocean? Maybe?” I hoped I hadn’t turned as candy-apple red as his pickup.

He laughed loudly, then so did I, until my sides ached.

I caught my breath and tried to explain. “I’ve never heard an engine shutdown called a lost engine before. I—”

“Right, right. The Army doesn’t have an airfield, do they?”

“So you only dispatched brush fires and alarms in base housing, right?”

“Course not. How could you?”

“Well…” I thought about it for a moment. “I guess I couldn’t.” How nice to know someone understands.

Three returning firemen strode into the alarm room. One called me Dizzy Lizzy. Another asked if I’d heard the blonde joke about a dispatcher who announced, “A little ole engine fell off a big ole plane.” The third guy teased me about airfield emergency terminology until Vic growled, “So how’s she supposed to know “lost number two engine” means the same thing as “engine shutdown?” You never made a mistake, Peanut Head?”

The firemen held up their hands, said, “Whoa!” and split.

I wished I could find the right phrases to express how much his support meant to me but, at a loss for words, I simply said, “Thanks.”

He strode out the door and disappeared into the truck stalls. I hugged myself. Happy.

Have you ever felt like a human firefly all lit up with joy? Please send me a comment.